Building a Coaching Culture with Managers and Leaders

Building a coaching culture can begin with small steps; it does not require grand gestures, but rather an ongoing commitment that must be maintained even when times are tough and challenges must be faced. It’s the role of coaching skills of leaders and managers that makes the difference.

Before we go any further, let’s define a coaching culture. And know why it’s important to build one with managers and leaders.

What is a Coaching Culture, Exactly?

Simply put, coaching culture is a long-term strategy for bringing about change in an organization. It exists where authentic leaders and managers strive for effective communication and feedback based on trust. This will enhance their employees’ growth, development, and performance by encouraging them to listen actively and valuing their individual interests.

Why Build a Coaching Culture with Managers and Leaders ? 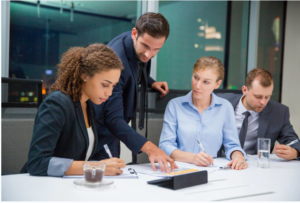 The goal of building a Coaching Culture is to shift unwritten rules, values, norms, behaviors, and practices to ensure coaching becomes ingrained in the organization’s culture. So that the culture of coaching is intrinsic to the organization’s identity. In doing this leaders play an important role where they lead the team towards achieving the goal of the organization.

Focusing on training managers and leaders using coaching skills outlines the ways in which organizations can build and sustain a Coaching Culture.

When leaders develop coaching skills, they are better prepared to coach their teams in a more professional and effective manner. They learn to trust their team and consider all angles before making a decision. And believe in working alongside the team rather than just directing them.

Read on to find out how managers and leaders can help build a coaching culture in an organization using coaching skills.

Self-awareness is one of the most important areas of development for anyone to work on. We all have blind spots, and while we may be pleased with our own performance, others on the team may not be, or vice versa.

Using coaching skills, a leader can help develop self-awareness about thoughts, feelings, and a variety of other behaviors of an individual. This may help the employees to engage differently with themselves, their colleagues, and others in their organization.

If you’re a manager or leader looking to build a coaching culture in your organization. Enhance your skills with the ICF Accredited Coaching Training Program.

Instead of making decisions alone, leaders with coaching skills make an effort to collaborate with their team to set goals, develop ideas, and implement plans. When the leader listens to what the team has to say and agrees with their ideas, the team begins to trust the leader, which aids in the development of better relationships between the team and the leader.

Research based on procedural justice theory has shown that including employees in decision-making, goal-setting, and strategy development will lead to feelings of ownership over processes that will drive motivation even further (Tackx & Verdin, 2014). 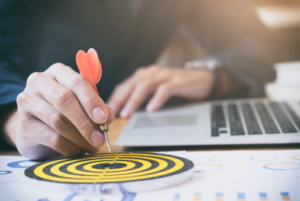 Leaders recognize employees’ hard work and provide them with regular feedback and appreciation for their efforts; praise them in public, and criticize them in private. This makes employees feel valued, develops new skills, and enhances their work performance in the organization.

If you aren’t coaching already, now is the best time to start. Get yourself enrolled in acsth coaching programs to get support in this journey.

Leaders with coaching skills trust their employees and allow them to gain from their experience by asking open-ended questions. Rather than instructing them how to do and what to do by which employees explore for the right answers from within trying to come up with meaningful solutions. It also gives employees the opportunity to cope with issues and problems while being coached toward solutions. As a result, employees are more encouraged and satisfied at the workplace. As a result, they tend to perform better than before in order to remain committed to the organization.

If you want to build a coaching culture in your organization, the first step is to enroll in a coach training program and acquire coaching skills. Only then will you be able to learn the necessary coaching competencies and experience the power of coaching. CoachWhizz’s training programs are designed to improve the communication and coaching skills of leaders, managers, and employees. And to make them feel more satisfied, and more committed to their careers, resulting in increased productivity in the organization. Generally, it involves a few steps in choosing the coaching certification program. 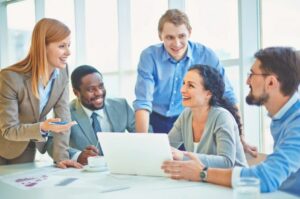 Benefits of Having a Professional Coach Certification

Coaching is a rapidly growing profession, and The International Coaching Federation (ICF) is the world’s leading organization dedicated to advancing 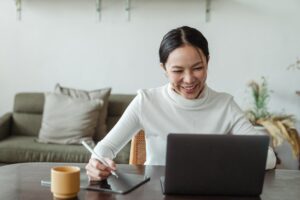 So you want to become a life coach to build a career full of meaningful work, uplevel the lives of

How Can an Associate Certified Coach Credential Lead You to Success?

How Does Coach Training Empower Leaders? Graduation from an accredited training program prepares the participants to apply for an Associate

Read More »
We use cookies on our website to see how you interact with it. By accepting, you agree to our use of such cookies.Privacy Policy
Reject All Accept
Manage consent
Necessary Always Enabled
Necessary cookies are absolutely essential for the website to function properly. These cookies ensure basic functionalities and security features of the website, anonymously.
Functional
Functional cookies help to perform certain functionalities like sharing the content of the website on social media platforms, collect feedbacks, and other third-party features.
Performance
Performance cookies are used to understand and analyze the key performance indexes of the website which helps in delivering a better user experience for the visitors.
Analytics
Analytical cookies are used to understand how visitors interact with the website. These cookies help provide information on metrics the number of visitors, bounce rate, traffic source, etc.
Advertisement
Advertisement cookies are used to provide visitors with relevant ads and marketing campaigns. These cookies track visitors across websites and collect information to provide customized ads.
Others
Other uncategorized cookies are those that are being analyzed and have not been classified into a category as yet.
SAVE & ACCEPT